I planned to post this on Superbowl Sunday, but obviously didn’t get around to it. In honor of the Superbowl I wanted to look at a few coin-op football games. While there have been dozens over the years (including one made in 1892, thought I don’t know if it featured American Football or Soccer), here are a few that illustrate the variety of coin-op games that existed (mostly) prior to the rise of video games 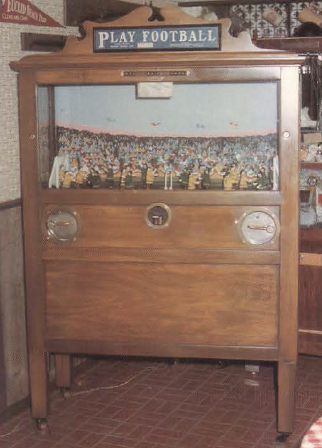 OK, this was soccer, not American football, but it was a very cool, and very popular game. The Chester-Pollard Amusement Company was formed in New York by three Chester brothers (Pollard was their mother’s maiden name). Football was an English game that Chester-Pollard bought the rights to for production in the U.S.


If you are interested in antique coin-op machines, take a look at some of the guy’s other videos. A few of my favorites: Bally Alley,  1901 Rifle Game (love the mechanism), The Locomotive (created in 1885 by William T. Smith, this is considered by some the first American-made coin-op amusement device). 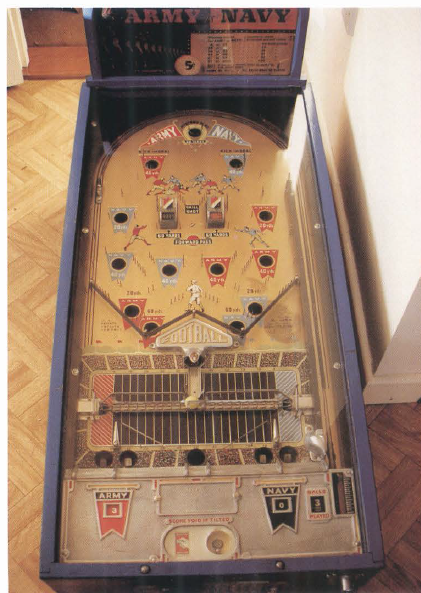 Rock-Ola made a trio of absolutely ingenious pinball games in 1933 and 1934. First was Jigsaw (aka World’s Fair), in which the player flipped over pieces in a miniature jigsaw puzzle. Next was World Series, which featured a rotating baseball diamond. Then there were Army-Navy, which simulated a football game and even kept score.


I would try to describe it but this video does a better job than words could. Jigsaw sold 50,000+ copies and World Series sold 75,000. Army Navy didn’t sell nearly as well (though maybe it should have). On, and if you didn’t know, these game were 100% mechanical. No electricity at all, just some brilliant engineering.


There were plenty of other pinball games over the years with a similar idea (Gottlieb’s 1973 Pro Football is a good example), but Rock-Ola was there first. 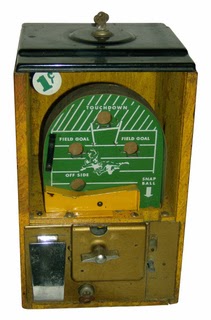 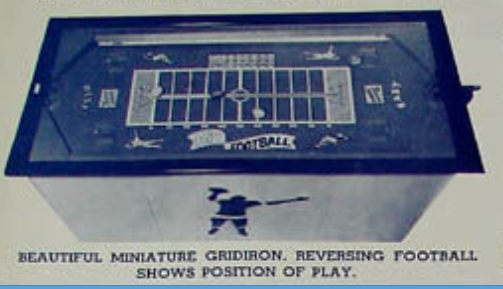 Munves also produced a game called Air Hockey at the same time. This took me aback at first. Air Hockey was supposedly invented by Brunswick around 1972. Could that be wrong? Probably not. It appears that Munve’s game just used air to push the ball/puck across the table. There doesn’t appear to have been a cushion of air that the ball floated on. 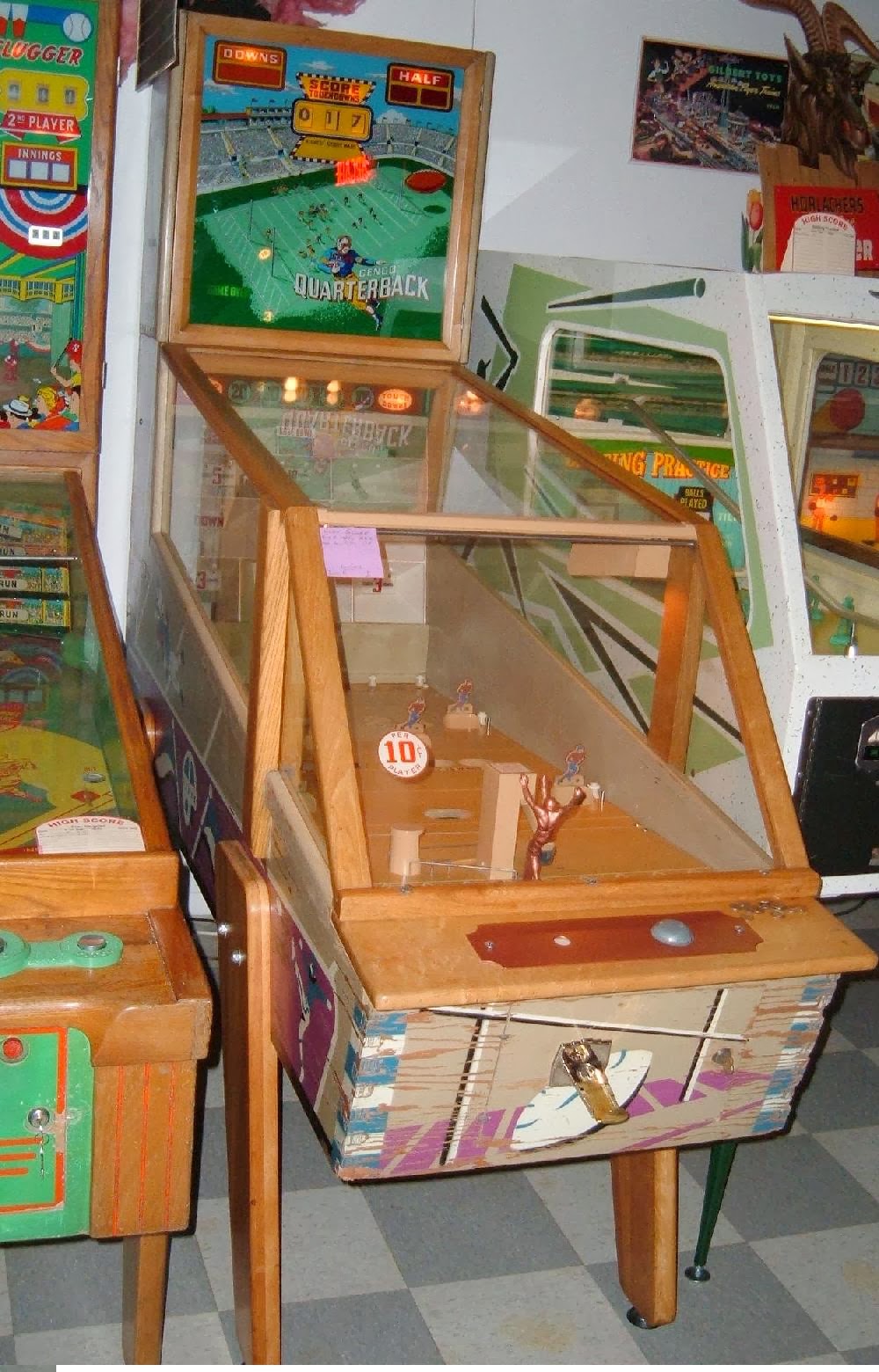 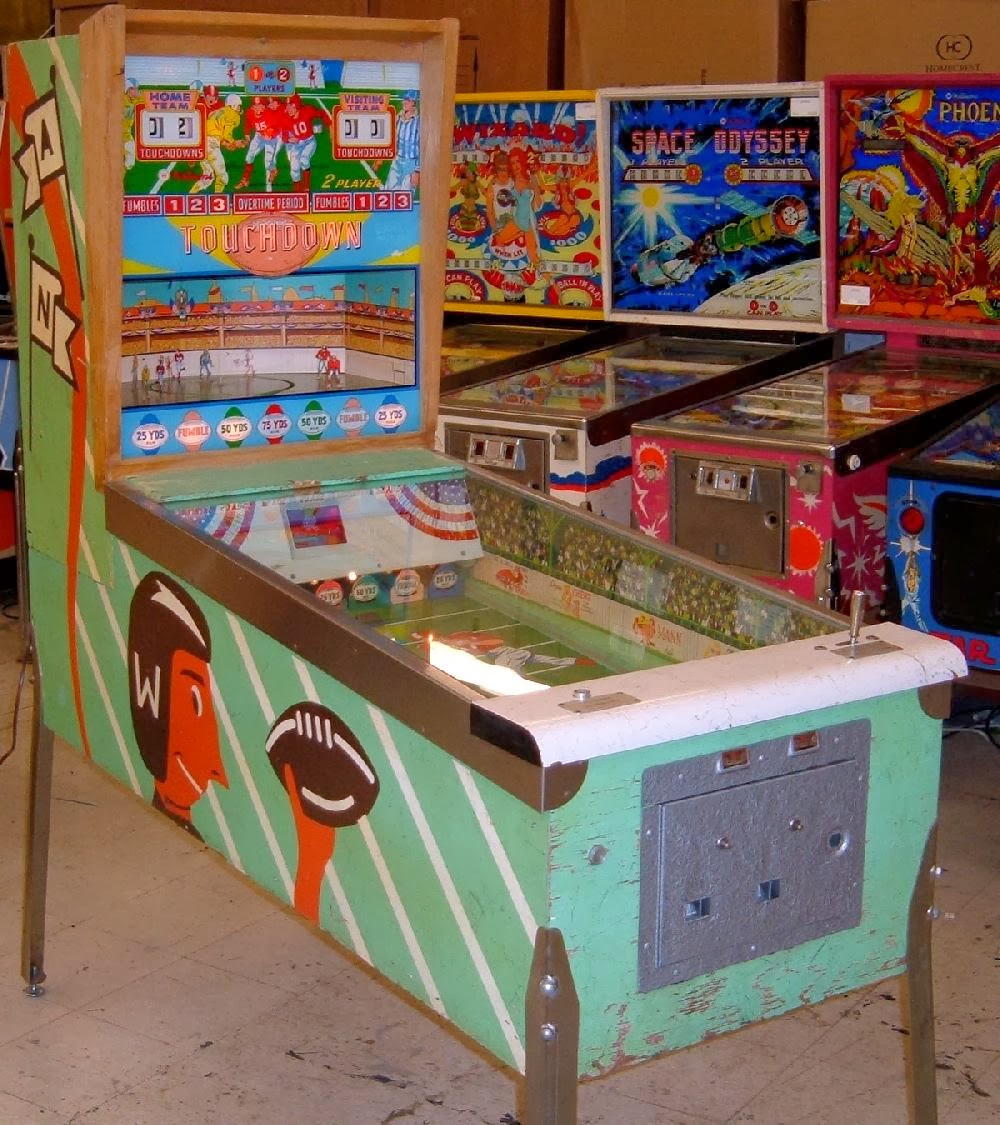 This was actually a “pitch-and-bat” game. Pitch-and-bats were baseball games that featured a miniature bat you used to hit a ball and score doubles, triples, homeruns etc. Some of them had a “running man” unit like the one seen here. Others used miniature figures of baseball players. Most of them depicted baseball, but here’s an example of a football variant. Williams produced two more football pitch-and-bat games, both named Gridiron, in 1969 and 1984 (the latter as a conversion kit). 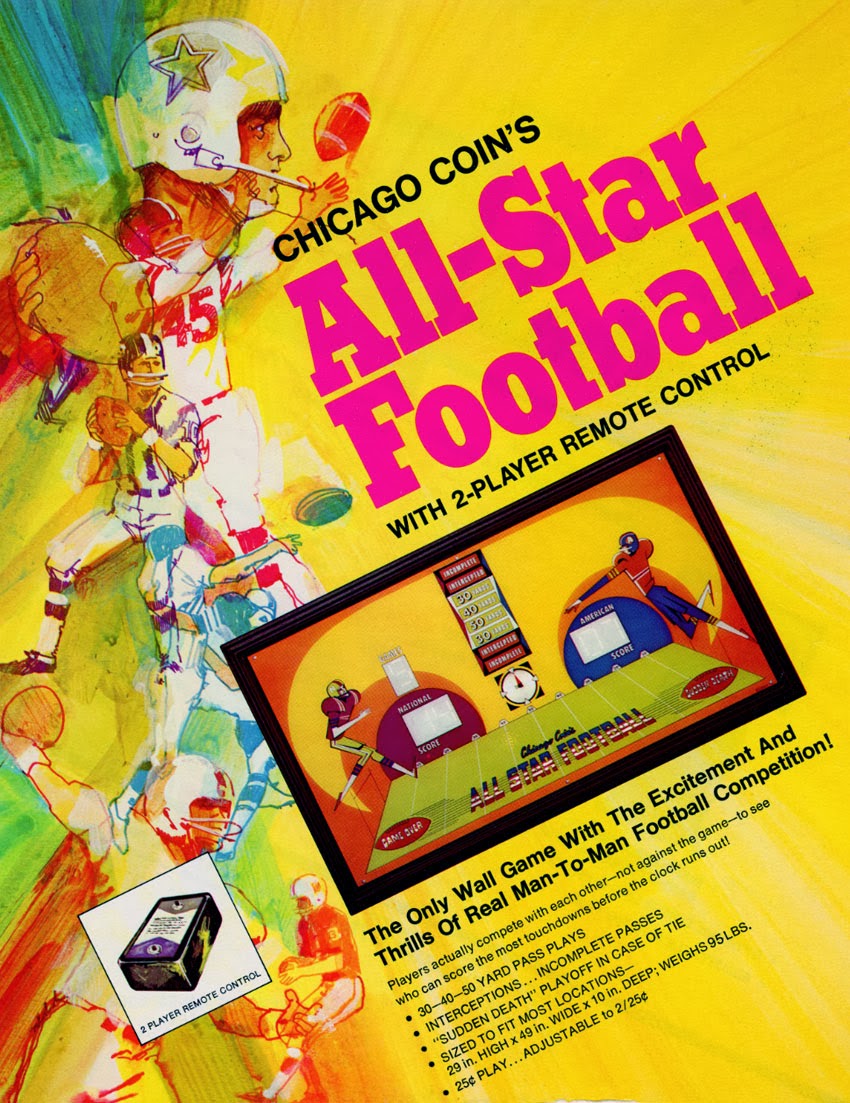 Wall games were a fascinating, short-lived, mutant variety of game that appeared in bars in taverns mostly from about 1970-1975 before video games basically put them out of business. They used light bulbs behind a plastic screen and usually had remote controls boxes with a single button for controls. 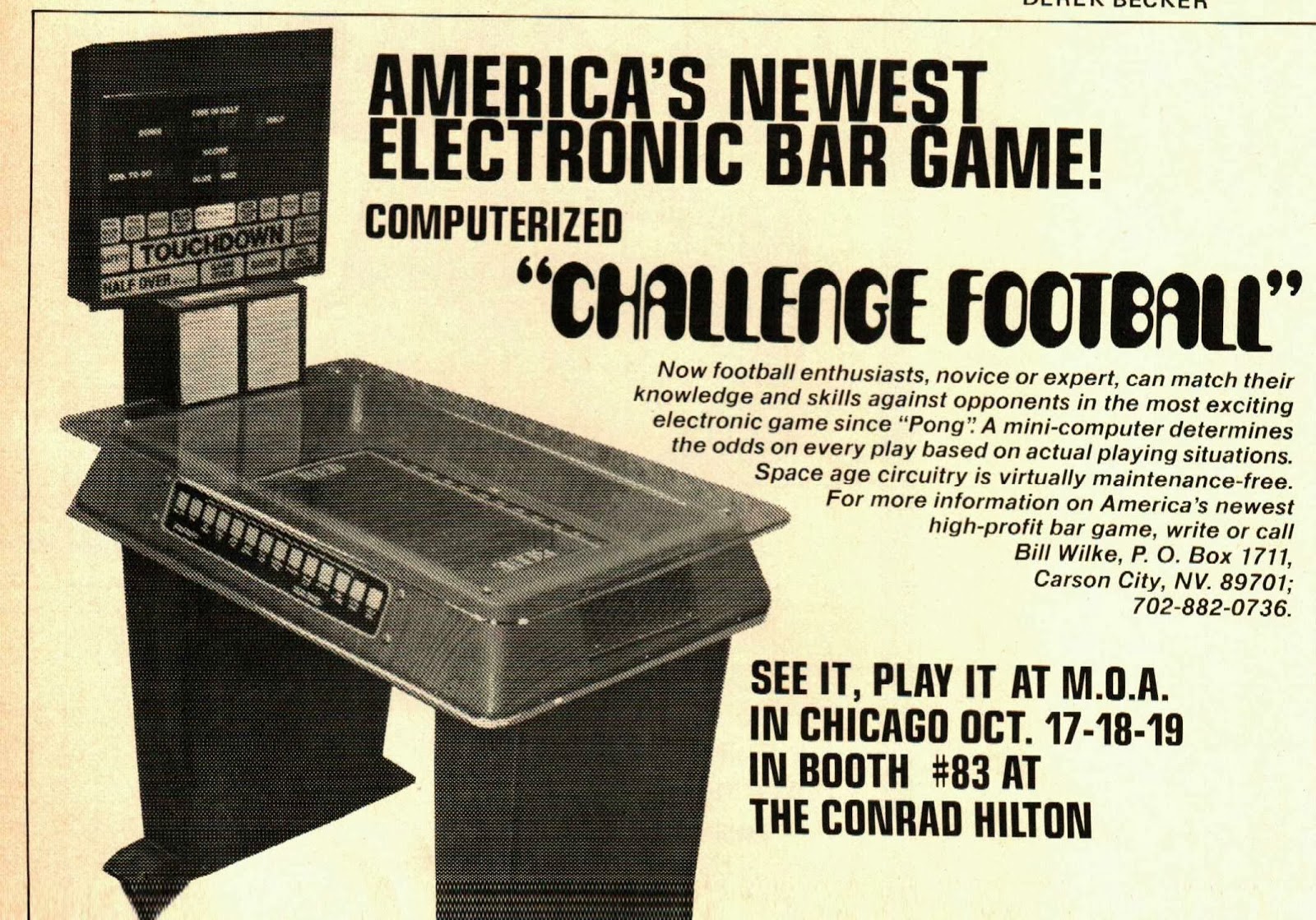 I posted a picture of this one before. I have no other information about it but it sure looks cool. 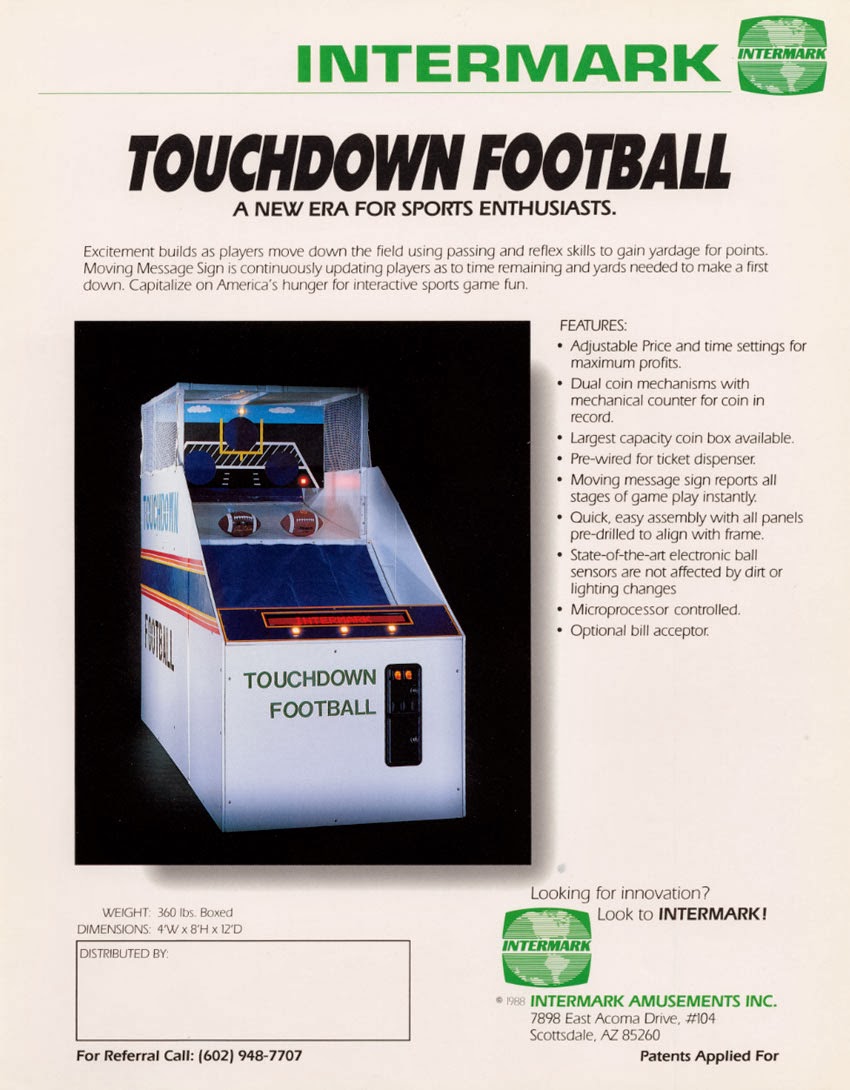 A football version of Pop-a-Shot. 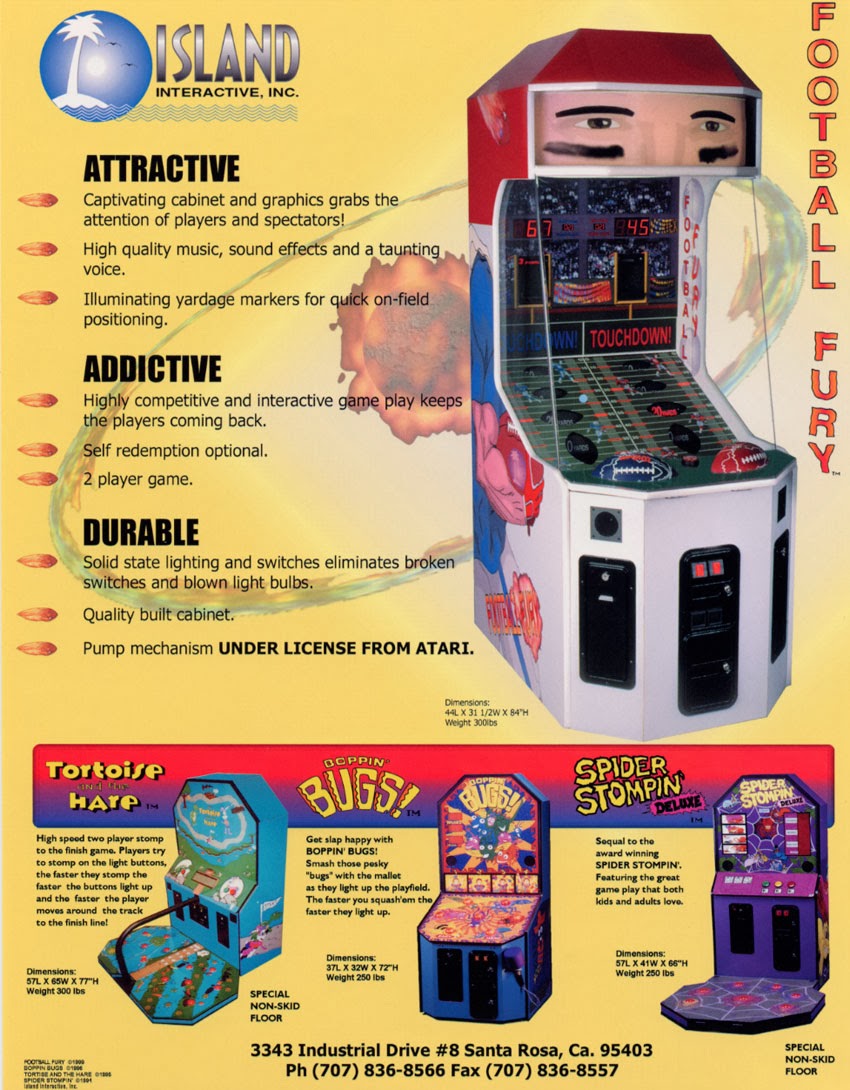