This week, we continue our look at the long prehistory of Night Driver (and its ultimate inspiration, Nurburgring). In my last installment, I discussed an unreleased version of the game developed for Bally/Midway. aThat version was rejected in favor of another version produced for Midway at a group called Dave Nutting Associates. That version was (ultimately) called 280 Zzzap. Before discussing the details, however, let’s backtrack and talk a bit about the history of Dave Nutting Associates.


The history of Bally and Midway will have to wait for a later post (or my book). Bally had its origins in a company called Lion Manufacturing (which was formed from a printing company in Chicago but, as I stated, that’s another story). Bally started producing coin-op games in 1931 with the pinball game Bally-Hoo (which also provided the company with its eventual name) and produced a number of different coin-op amusement machines in the coming years. Midway Manufacturing was formed in 1958 and specialized in manufacturing “arcade” games. Seeking to expand its offerings in this area, Bally acquired Midway in March, 1969. Midway entered the video game arena in March of 1973 when they paid Atari $200,000 to license Pong (one of the few companies that did). The following month, Midway released its version of the game called Winner and went on to become Atari’s primary rival among U.S. video game manufacturers. While Midway did have internal video engineers and programmers, prior to the early 1980s, they mostly relied on licensed games and games designed by external design teams. The most prominent of these teams was a company called Dave Nutting Associates. By the time of Pong, the Nutting name had already made its mark on video game history. Dave’s brother Bill had founded a company called Nutting Associates in Mountain View California, which had produced the first commercial arcade video game – Nolan Ryan and Ted Dabney’s Computer Space. While Bill had been first, however, it was Dave who would leave the biggest mark on video game history (though one that has been somewhat unappreciated)
Dave Nutting


David Judd Nutting developed his love for gadgets early on. At age 8, he took apart the family toaster to see how it worked and put it back together before his parents found out. Before long, he graduated to designing gadgets of his own. Spurred by his love of model airplanes, Nutting decided to build a toy submarine out of aluminum and Testor’s glue that he could float in the bathtub. He became so absorbed in the project that he failed to notice that his younger brother had caught the bed on fire. After high school, Nutting decided to pursue a career as an industrial designer. After graduating from New York’s Pratt Institute School of Industrial Design, he went to work for Brooks Stevens Design Associates, a Milwaukee consulting firm whose clients included Studebaker, Outboard Marine, and 3M. Founded by industrial designer Brooks Stevens (who coined the phrase “planned obsolescence”), the company made over 3,000 products, including the original Oscar Meyer Wienermobile. During his time at Brooks Stevens, Dave Nutting designed a number of products, including Evinrude outboard motors, Mirro aluminum pots and pans Enstrom helicopters, and (in 1961/62) the Willys Motors Jeep Grand Wagoneer, considered by some the first SUV. He entered the coin-op industry when his brother Bill approached him with an idea for a new kind of game.


[Dave Nutting] By profession, I’m an industrial designer. I kind of backed into [the coin-op] business when my brother came and said he had an idea to take a teaching machine and put a coin slot on it.  I completely re-engineered and re-designed it. He then built his version (Computer Quiz) in California and I built mine (IQ Computer) in Milwaukee. He built about 4,000 and I built about 3,500 so between the two of us we made about 8,000. In those days those were big, big numbers. One of the big reasons for its success was that it was a location finder. In other words, a lot of locations objected to putting pinballs in and so on but they couldn’t object to putting an educational type machine in. A lot of operators used it to get into locations and that’s why it was so successful. 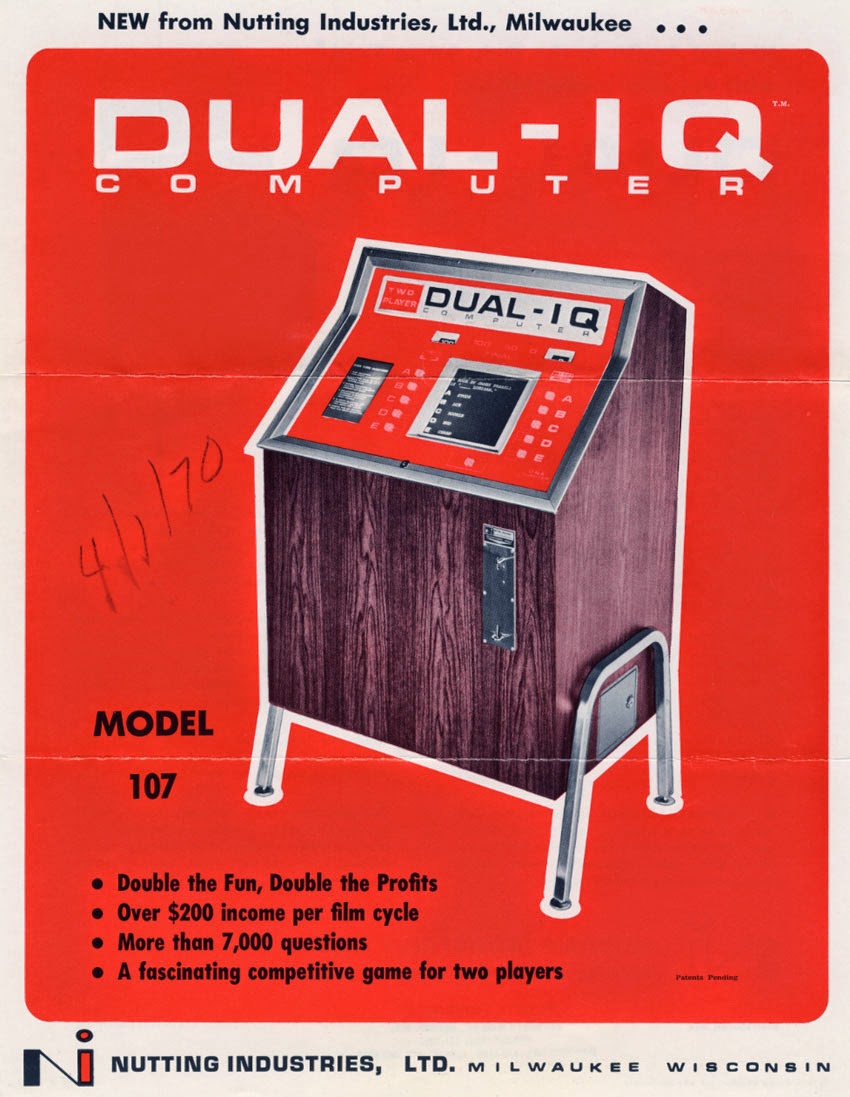 In 1967, Dave quit his job at Brooks and went into partnership with his brother Bill, who established a company called Nutting Associates in Mountain View, California. The original plan was for Dave to design and manufacture games in Milwaukee while Bill marketed them in California. When Bill’s wife threatened to divorce him if he didn’t end the relationship with his brother, Bill told Dave to close down his Milwaukee operation. Instead, Dave formed his own company, Nutting Industries, to manufacture coin-operated quiz/educational games. The first was I.Q. Computer[1] and they followed up with Dual I.Q. Computer (a 2-player game), Golf IQ (a sports-themed trivia game), The Puzzler, and Sensorama (1970, learn-to-bowl game featuring 13 audio-visual bowling lessons from pro bowler Dick Ritger). 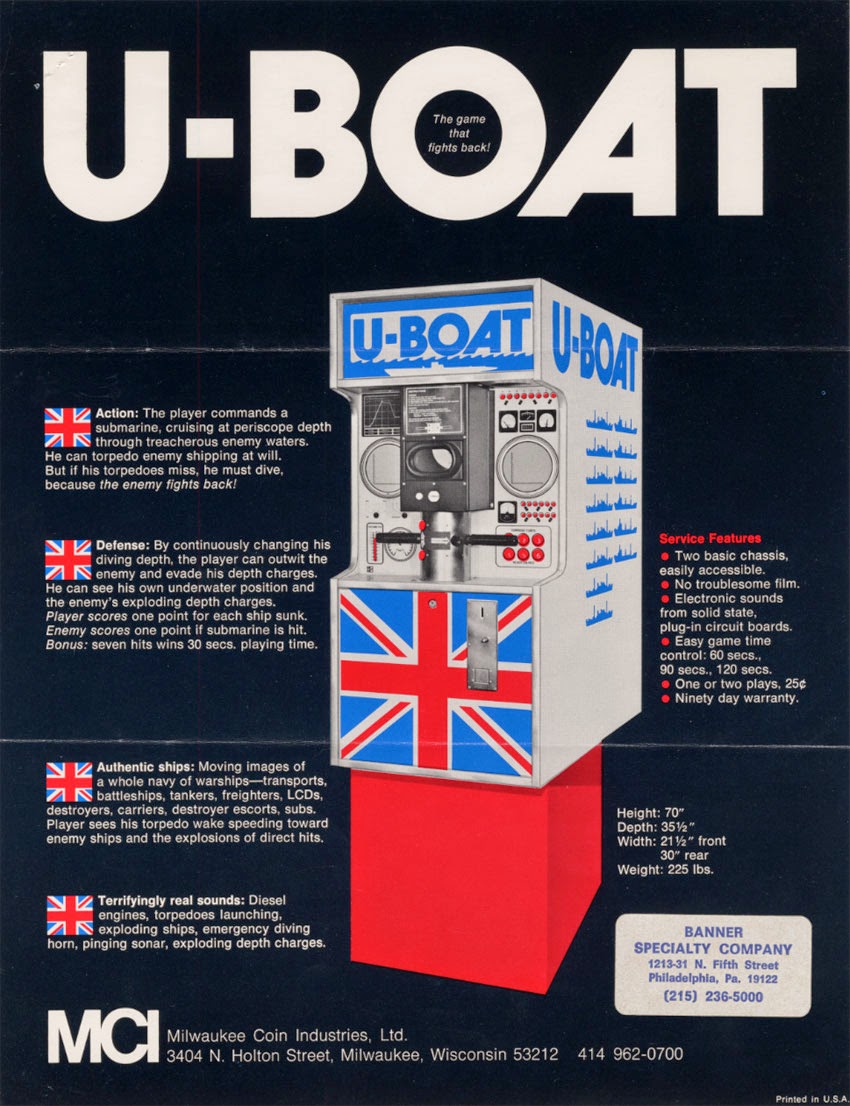 Nutting Industries lasted until 1971, when Nutting formed a new company called Milwaukee Coin Industries (MCI). MCI’s main business was the manufacture of projection screen games, crude ancestors to the laser disc games of the mid-80s that used images from a semi-transparent disc projected on a screen to create a realistic background for arcade games. MCI released a number of them, including Desert Fox (1972), Red Baron, Flying Ace (1973), and U-Boat (1972). They also made a few oddities such as Airball (in which the player maneuvered a small ball around the field with a column of air) and The Safe (in which the player tried to find the combination of a safe before time ran out). As were many of MCI’s games, The Safe was designed by Jeff Frederiksen. According to Frederiksen, in fact, the game’s dial mechanism (which consisted of a geared disk and two optical sensors) later became the basis for the mouse (though most sources credit Douglas Engelbart of with inventing the mouse at Stanford in 1963).


Jeff Frederiksen
Jeff Frederiksen had studied math and physics at St. Thomas College in St. Paul, Minnesota before leaving in his junior year to join the Air Force as an electronics technician. While stationed in southern Turkey, Frederiksen came across an interesting new machine:

primarily fed with a card reader. I was in maintenance and had no access to the computer, but one of the computer techs gave me a programming book and I started to program error detection for the maintenance cards I was inputting. I couldn't get access to the compiler, so I programmed in binary machine code. Before using my checker program, the error rate on maintenance records was about 10%. After implementation, it went to 0% except for 1 blank card at the beginning of a deck in the 1st month.   Shortly thereafter, AF headquarters sent a team to investigate what had  happened. After explaining what I did, they didn't know whether to  reward or court-martial me. They finally left recommending I submit the entire package as a suggestion to headquarters in Washington[2].
A short time later, Frederiksen left the Air Force and returned to Milwaukee to finish his degree then went to work for MCI. While MCI primarily designed electro-mechanical games, on at least one occasion they allegedly dabbled with video games in an effort to see how the machines worked.


[Keith Egging] They did do a very limited run of a Pong type of a game of some kind that was copied IC for IC. In those days people would just scratch off the IC and you’d have to figure out how they worked. At the time the sales manager – his last name was Ancona said “Boy if somebody every put a steering wheel on something like that they’d make a fortune”.

MCI wasn't long for the video game world. One of their customers was Aladdin's Castle, a series of arcades being opened in shopping malls. MCI's investors wanted MCI to get into the mall arcade business, they shut down the video game division and started their own arcade chain called Red Baron, with 20 locations. Nutting wanted no part of it so he and Frederiksen took two MCI techs and formed their own design firm called Dave Nutting Associates.


Even before leaving MCI, Nutting had been looking for a new game to revive his flagging sales. Pinball was popular, but was dominated by giants Bally, Gottlieb, and Williams. To have any hope of competing, Nutting would need an edge[3]. At the time, he was buying transistors from a company called Intel. One day an Intel rep stopped by and showed Nutting a company bulletin describing a new Intel product called a microprocessor. Realizing this was they edge they were looking for, Nutting and Frederiksen attended an Intel seminar in Chicago where they learned that Intel was creating 50 product development kits for its new 4040 processor. Claiming they represented the entire coin-op industry, they convinced Intel to sell them one.


Around this time, Nutting signed a consulting agreement with Bally to create novelty games. Dave Nutting was quite familiar with Ballly. MCI’s primary distributor had been Empire Distributing, which was owned by Bally. Nutting’s first microprocessor project for Bally, however, was not a novelty game or a video game but a pinball game. Nutting and Frederiksen took an electromechanical Flipper pinball game and converted it to use a microprocessor. It was one of the first attempts at a solid-state pinball game (the first was probably Atari’s 1973 Delta Queen prototype). Again, we don’t have time here to tell the full story of Flicker, but in brief, Bally passed on the game and Nutting and Frederiksen took the idea to an Arizona foosball manufacturer called Mirco Games who created what is generally considered the first commercially produced solid state pinball game called Spirit of ’76 in 1975. 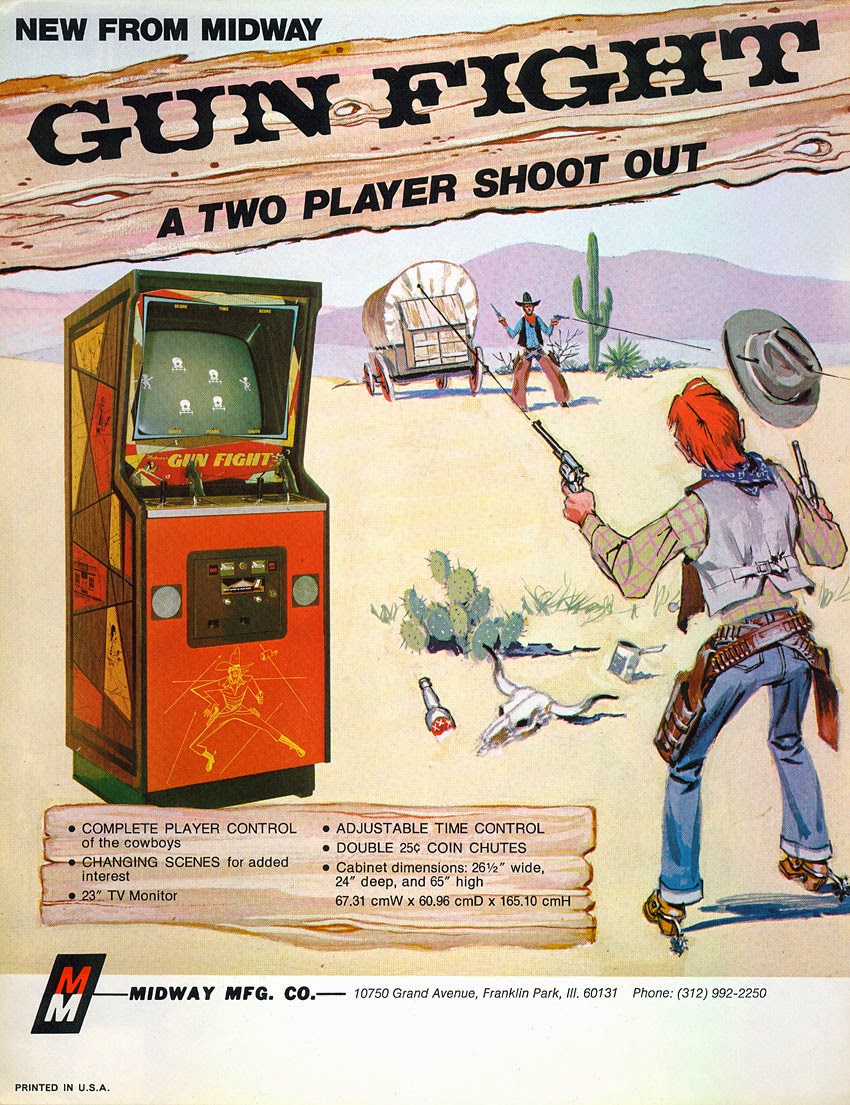 That wasn’t the end of Nutting’s relationship with Bally, however, far from it. While Bally had passed on Nutting’s microprocessor pinball game, they did contract Nutting and his group to produce the first microprocessor-based video game: Gun Fight. Nutting and company followed up with a number of other video games, including Sea Wolf, Tornado Baseball, and Amazing Maze. One of these games was a version of Nurburgring. But that story will have to wait for next time.

[1] Cash Box lists the game as an October, 1968 released but it was mentioned in Billboard as early as December, 1967.
[2] From a September, 2011 interview with Frederiksen for the Bally Professional Arcade newsletter Bally Alley (http://www.ballyalley.com/ballyalley/interviews/Jeff_Frederiksen_Interview.txt)
[3] In his Secrets to a Creative Mind, Nutting indicates that this all occurred when sales of IQ Computer slowed, but this seems to be far too early as his account gives the impression that he formed Dave Nutting Associates immediately after IQ Computer. 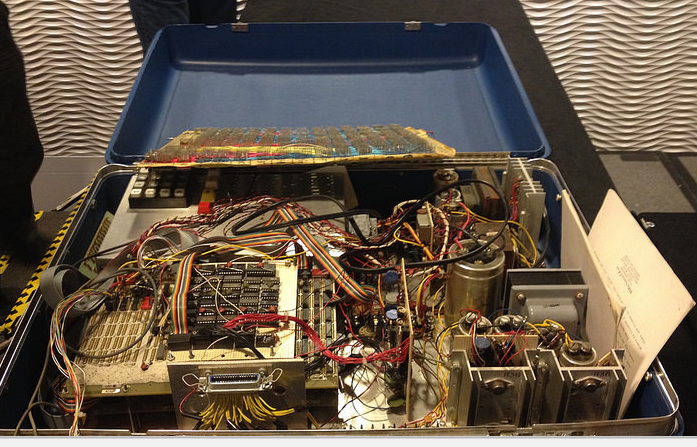