Two posts back, I gave a brief account of the history of the early Apple II software publisher Softape. Today, I will take a closer look at three of its most prolific game programmers.

NOTE – I already talked about Gary Shannon in my history of Programma International. The information below is a copy-and-paste of that material.

In 1963, Gary Shannon was fresh out of high school when a neighbor who worked for IBM taught him the rudiments of computer programming for a job he wanted Gary to work on. To further hone his skills, Shannon went to a commercial programming school in Los Angeles and also did contract work installing IBM 370s as well as business programming for Hughes Aircraft and Capitol Records. In the 1970s, he took a job with Cal State University, Northridge, where he soon discovered another passion.


[Gary Shannon] They had a policy where you could take classes during the work day as long as you got your 8 hours in so I started to work on a Masters in Computer Science. I didn't finish it, though. What they were teaching didn't have much to do with the real world of programming, so I dropped out of the program. Also, that was about the time that the Apple II first hit the market and I got totally addicted to game programming.

As his interest in the Apple II grew, Gary took a job at Rainbow Computing in Los Angeles. Founded in 1976 by Gene Sprouse and Glen Dollar, Rainbow Computing was one of the earliest Apple retailers (they also sold computer books and magazines, software, and other computers like the Jupiter III). Among the customers who frequented the store were Ken Williams (who founded Sierra On-Line in 1979), Sherwin Steffin (who founded Edu-Ware in 1979) and Dave Gordon (a friend of Shannon’s). Shannon soon began producing games for Programma, including Dragon Maze, Jupiter Express (an outer space shooter), Nightmare Number Nine, and Othello. Shannon's Nightmare #6 had been distributed by Apple in 1978. Shannon also produced games for Softape, including Advanced Dragon Maze (one of the games on Softape’s very first program – Module 1), Monster Maze, Jupiter Express (in which the player piloted a ship through the asteroid belt between Mars and Jupiter), and Othello. He also produced Forté – a language for inputting music data. 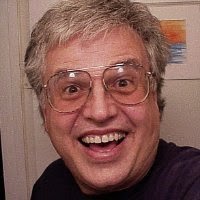 Another prolific Softape game programmer was Steve A Baker, who produced over a dozen titles for the company. Baker was studying to be a cosmetologist, and was actually close to graduating, when a friend showed him an HP-25 calculator. The two of them entered a Lunar Lander program and played it for hours. Interested, Baker found a gravity simulator program in an issue of Popular Electronics in which the player launched a spacecraft that was then controlled by gravity. After modifying the program to include a moon that the player could orbit, Baker was hooked and decided to launch a new a career as a computer programmer. 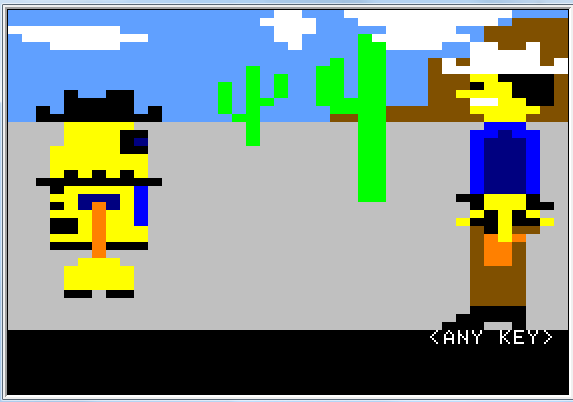 He soon landed a job at a surplus electronics store that also carried a number of early hobbyist computers like the Imsai and the KIM-1 and began reading everything he could get his hands on from the store’s extensive library of computer books and magazines (a task made easier when the store gave its employees one copy of every magazine it had as a Christmas gift). 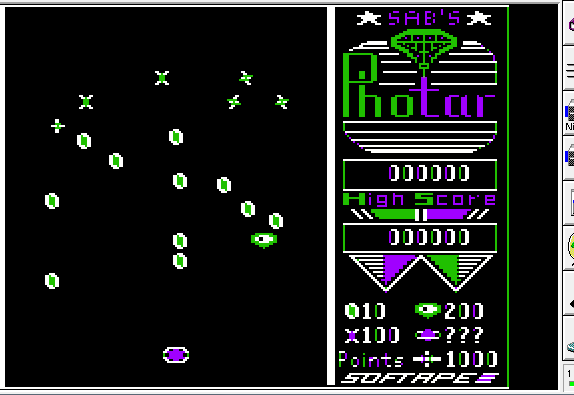 When the Apple released the Apple II, Baker built his own system using an Apple II motherboard and parts he cobbled together from the store’s inventory and began programming games in Apple’s Integer Basic. Unable to afford the expensive 16K RAM chips, Baker initially had to make do with 4K chips, which limited him to lo-res graphics. His first game, Gunslinger, was a lo-res gunfight between a cowboy and R2D2. At a computer club meeting, a friend introduced him to the owner of Softape, who hired him as a programmer for $800 a month and published a number of his games, starting with Gunslinger and Fighter Pilot (on the same double-sided cassette) Fighter Pilot was a lo-res first-person space combat game that also included synthesized speech (produced via Apple Talker). According to Baker, the game originally included a number of elements borrowed from Battlestar Gallactica (such as the character Starbuck), but they were removed after the show’s lawyer’s complained. Before long, Bill Graves (who’d written Softape’s Forth ][ assembler) introduced Baker to assembly language and hi-res graphics and he began creating more sophisticated games, like Star Mines and Nightcrawler. The latter was a computer version of Atari’s Centipede with the addition of a number of elements like a black hole that would warp the player to a lower pit on the screen. The game was later released as Photar with many of the Centipede-like elements removed. Baker’s bestselling was probably Microgammon, an ASCII-graphics version of backgammon (a game baker had learned while working for Mattel in the Intellivision). Other Softape titles by Baker included Go-Moku, Journey, and Burn-Out 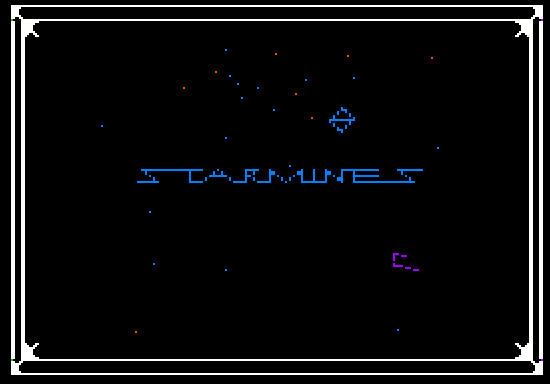 After leaving Softape, Baker worked on a number of games for other systems, including Defender and Stargate ports for the Atari 800 and Apple II, the Atari 2600 ports of Epyx’s Summer Games, Winter Games, and California Games, and Pilgrim Quest and Sporting News Baseball for the Apple II. 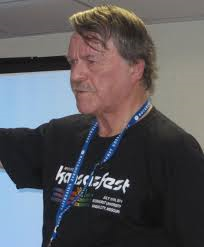 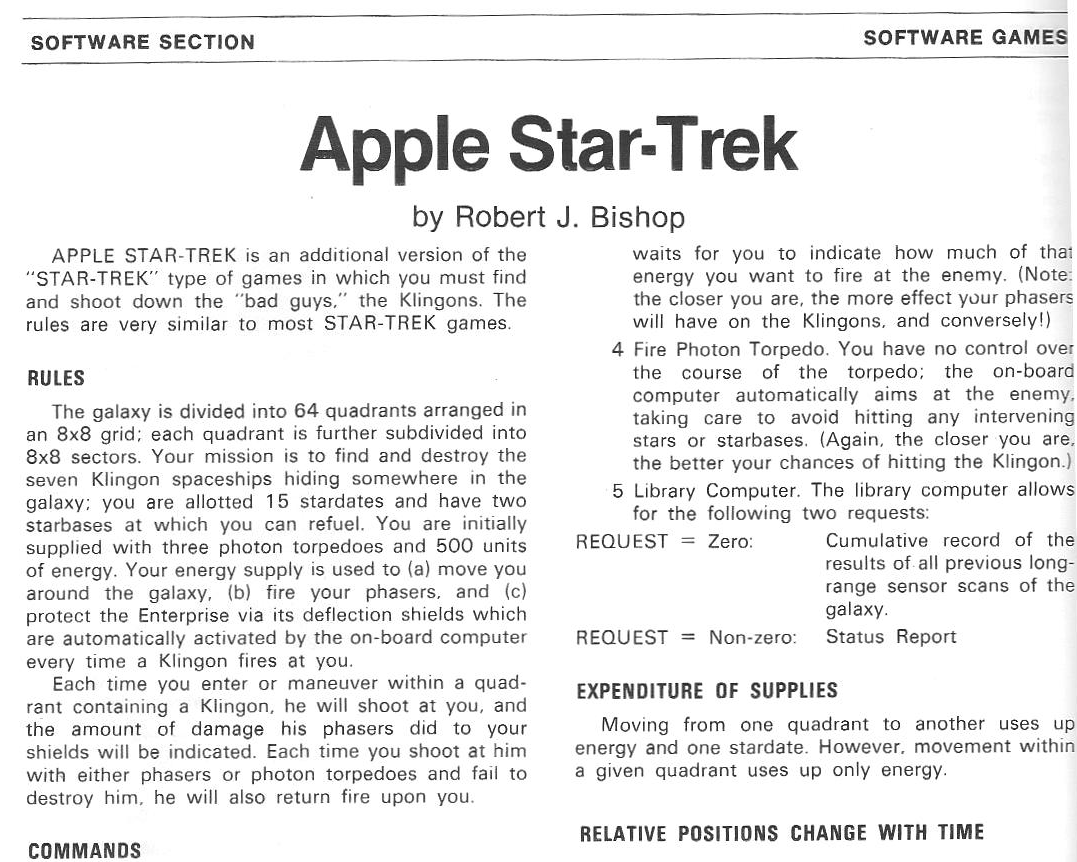 Softape's most prolific and well-known programmer was probably Bob Bishop. Born in Milwaukee, Bishop attended the University of Wisconsin at Madison, where he majored in physics. Bishop initially had little interest in computers until one fall when he signed up for a Fortran programming class and got a copy of Daniel McCracken's seminal A Guide to Fortran Programming. First released in 1961, the work (and its successors) became the standard Fortran textbook in colleges across the country. About three days later, Bishop wrote his first program to solve a problem he'd first begun to work on in his high school days involving calculating the area of a square based on a point a given distance from three of its corners. While waiting for the results of this program (this was in the days when programs had to be submitted to an operator on punch cards), he wrote another to generate prime numbers. Unlike his first program, this one worked the first time it ran (eventually the physics department obtained a CDC 3600 that cut the turnaround time to about two hours). 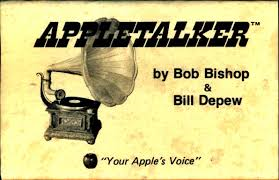 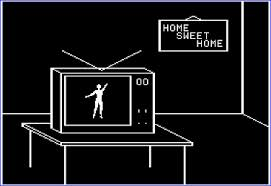 With his new interest in programing, Bishop went to grad school at UCLA where a campus computer club allowed students two minutes a day on the school's mainframe. After earning his MS, Bishop worked at Xerox for a few years, then moved on to NASA's Jet Propulsion Lab where he worked on the Apollo 17 project, the HEAO (High Energy Astronomical Observatory), and the IRAS (Infrared Astronomical Satellite) as head of the 20 programmers in the science ground data handling group. Eventually, the group got an IBM 7044, which Bishop was able to use for his own projects (he later called it his first "personal" computer). Before long, real personal computers began to appear. In 1975, Bishop began seeing ads for MITS' Altair 8800, IMS Technologies' IMSAI, and - the one that really excited him - the Sphere. Despite his persistent calls, however, he was never able to get his hands on a Sphere (neither were many other hobbyists). Then, in 1976 he saw an ad for the Apple I and was so eager to get one that he drove to the address on the ad. Expecting to find a large, fully functional company, he was surprised when he was given Steve Jobs' personal phone number. He eventually made his way to Jobs' house, where Jobs' mother invited him inside to wait. When Steve showed up a few minutes later wearing a scraggly beard and sandals, he took Bishop to his garage and tried to demo the Apple I but couldn't get it to work. Eventually, he got the machine working well enough to convince Bishop he had to have one (which likely wasn't too hard). In November (1976), a fellow employee named Gordon Culp, who was staring a computer retailing company of his own, sold Bishop an assembled Apple I for about $1,000 and he created his first game to reach the public - a Star Trek program written in BASIC that was published in the May, 1977 issue of Interface Age. In early 1977, Apple began advertising the Apple II and once again, Bishop knew he had to have one. Unfortunately he couldn't afford the $1678 price. He made another trip to Apple where he met with Steve Wozniak and Mike Markkula and explained the situation. They took him into a back room and offered to sell him one for a "few hundred dollars" if he gave back his Apple I. Bishop readily agreed and went home to wait for his new machine, which was scheduled to arrive on July 3 (less than a month after its official release on June 10th). Much to Bishop's chagrin, the machine didn't arrive on the 3rd and he spent what he called "the lousiest fourth of July of my life" waiting for the next mail day. At ten the next morning, he finally got his machine (serial number 0013) and turned it on, only to find that nothing happened. He eventually figured out he had to press the reset button and before long began experimenting with the machine's new hi-res graphics capabilities. By the next morning, he'd written a game called Rocket Pilot, which was published in the January, 1978 issue of Kilobaud. He followed with three more games: Saucer Invasion, Space Maze, and Star Wars  (Bishop claims they were the first four hi-res games written for the Apple II).In April of 1978, he wrote Apple Vision, a hi-res graphics demo program in which a dancer appeared on a tiny television, gyrating to the tune of "Turkey in the Straw". While it was crude by latter standards, it was a revolution at the time (it took Bishop two weeks to write) and Apple even included it on the disks that shipped with the Apple II, giving many users their first glimpse of hi-res graphics. 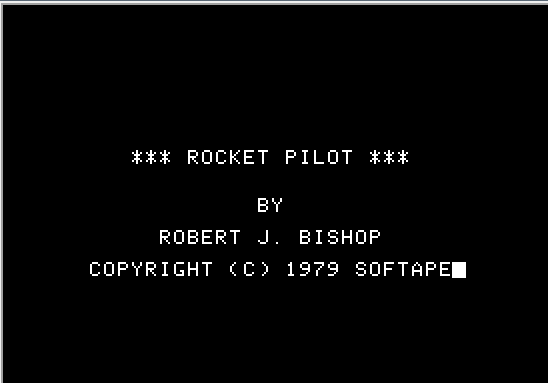 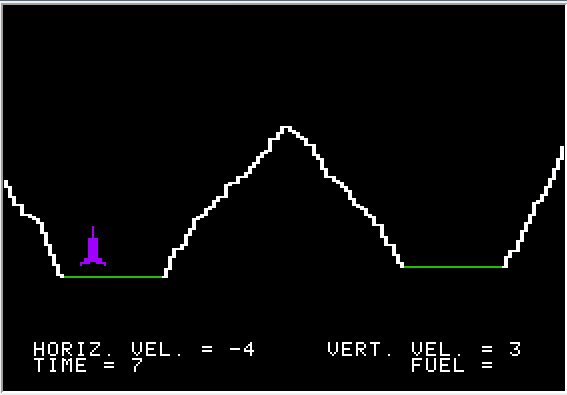 While Bishop's initial games were all published as program listings in magazines of the time, he also offered them for sale on cassette via Computer Playground, a computer store in Westminster, CA where Bishop was teaching programming classes. One night while lying in bed, Bishop began to think about how the Apple read data from cassette via its cassette-in port (this was before a floppy drive was available) then converted it to 1-bit digital format  and stored it in memory (to output data, it did the same thing in reverse, via the cassette-out port). What if, Bishop thought, he connected a microphone to the cassette-in port and used to record his own voice data? In just half an hour, Bishop wrote a program called Apple-Talker, the first speech synthesis program for the Apple II and followed with Apple Listener, the first speech recognition program. The next day, Bishop demoed the program for his students. When no one said anything, Bishop figured that had been unimpressed. In truth, they had been stunned into silence and soon asked him to do it again. 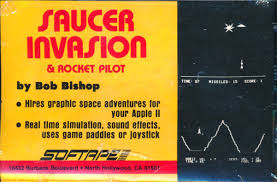 At some point, Bishop began to work for Softape, who released all of these programs on cassette along with a number of others, including another game called Bomber, a music/graphics program called Music Kaleidoscope, and a database called The Electronic Index Card File (originally created to catalog Bishop's collection of Donald Duck comics). After his career at Softape, Bishop created a number of other games for DataSoft (most notably Dung Beetles and Money Munchers), and later worked for Apple (a job he says Apple offered him mainly to keep him from taking a job at Atari) and Disney Studios and on the game show Tic Tac Dough (which used nine Apple II's for its prize board).