Another utilitarian (read boring) post today.
I recently bought the 1986 summer catalog issues of Replay and they had a number of games that were either not on Arcade Flyers, not in KLOV, or not in either one.

Here are the ones that were listed.
Most are gambling or trivia games and there's probably little interest in those among collectors, but someone could still enter them in KLOV. Most (if not all) were likely released in 1985 and 1986. 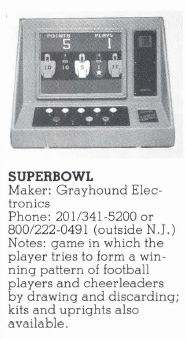 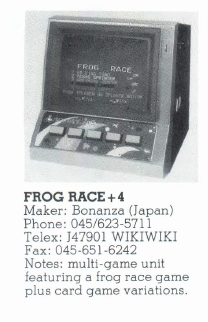 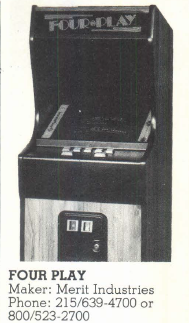 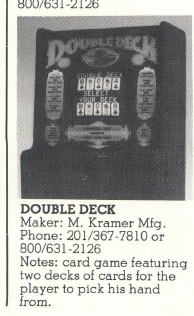 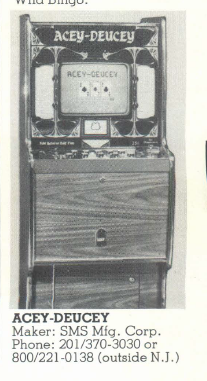 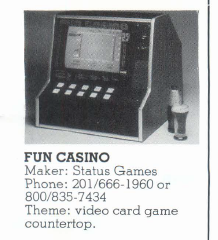 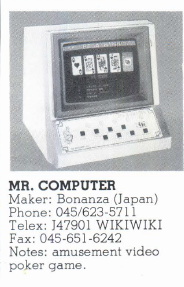 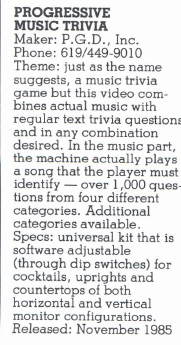 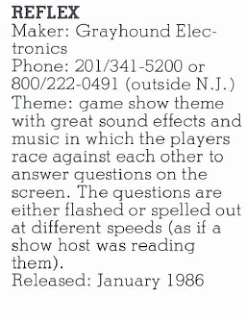 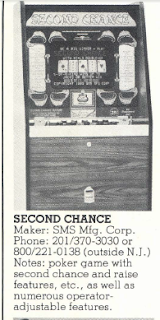 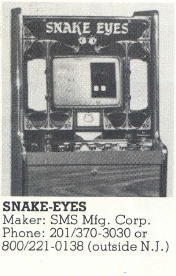 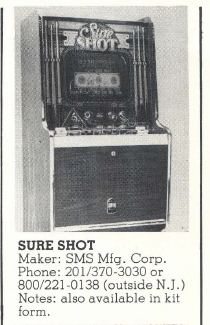 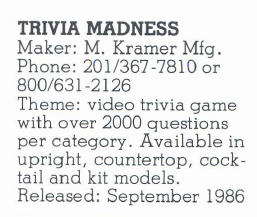 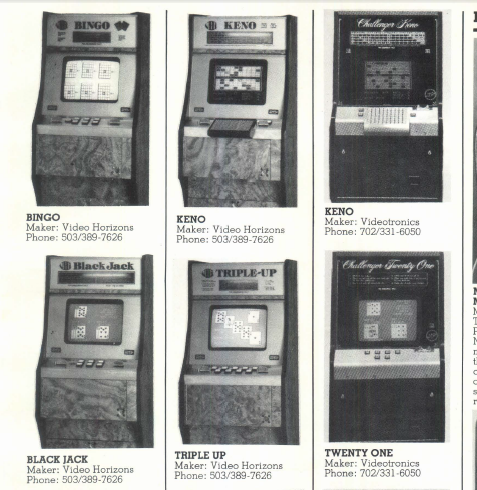