One of the things I've been doing for my book has been to go through old issues of the various video game industry magazines (Replay, Play Meter, Vending Times, and Cash Box).

TAFA, KLOV, and arcade-history.com are invaluable tools for documenting the existence of bronze and golden age video games (or at least their flyers) but TAFA only includes flyers and many games didn't have them.

This post will be the first in a series documenting games I fiind that aren't listed on these sites.. Unfortunately, my pictures are of VERY poor quality. Many of the old Replays I have are ones I scanned in black-and-white years ago.
The Vending Times issues I have are from the local university libary and are tabloid size and bound in yearly volumes, making scanning very difficult, even with my wand scanner (especially when they are on the inner edge of the page).

They're better than nothing, however, and I hope it's valuable to document them somewhere.

First, however, a few interesting Atari photos from the May, 1975 issue of Vending Times.
Here's one of Nolan Bushnell in the factory in Los Gatos amidst a bundh of Atari and Kee games. 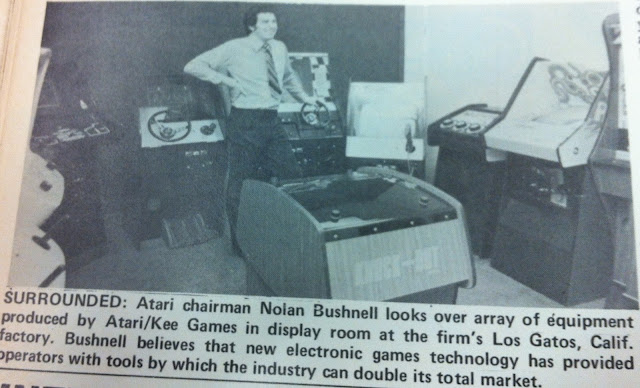 This one is for a game called "Indy 500". This must have been an early name for Indy 800. Oddly, ther was a mini-flyer for Indy 800 in this issue and the previous one. 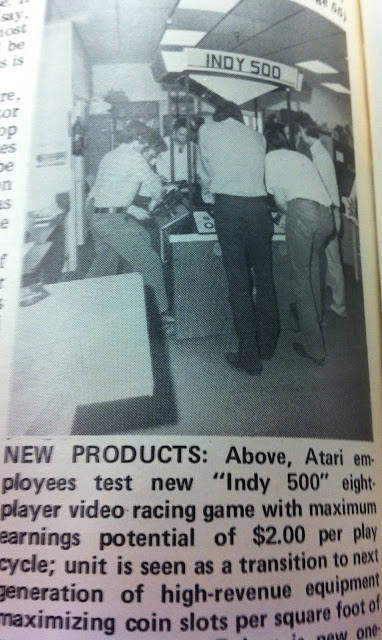 From another 1975 issue, here's a photo of the production line at United States Marketing: 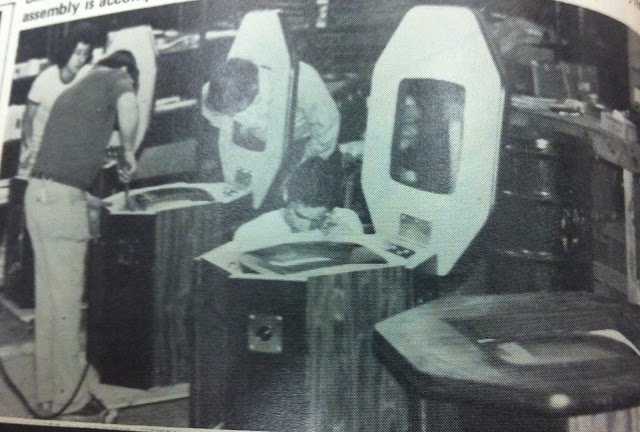 On to the games:

A miniflyer for Grand Slam by Westlake Systems (Replay, October 1975). Not listed on any of the three sites. 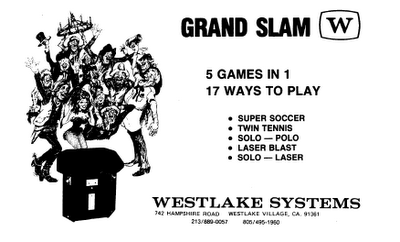 From the May, 1974 Vending Times, Electro-Fun 401 from Electromotion. This one is listed at arcade-history but there's no photo.: 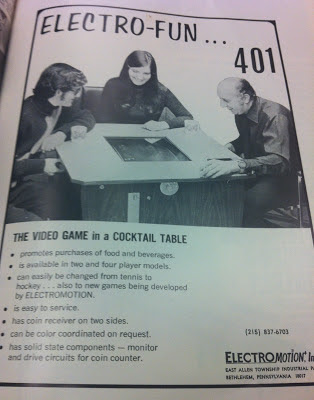 From 1974, Tele-Tennis by United States Marketing. This one is listed at arcade-history with a photo, but I thought I'd include the ad/mini flyer. 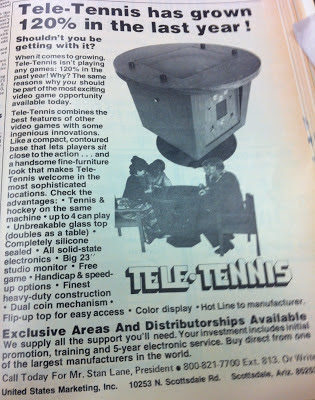 From August 1975 Vending Times, the Scandia cocktail table from Project Support Engineering. Not listed on any of the sites. 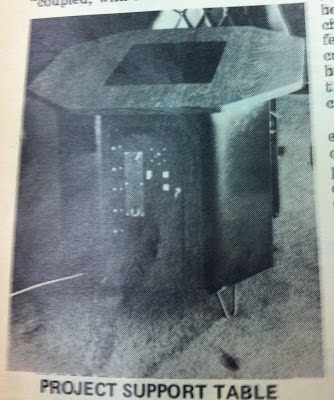 From Vending Times, 1975, an ad for Scoreboard Electronic Games. I don't know if they licensed their games, distributed games from other companies or what: 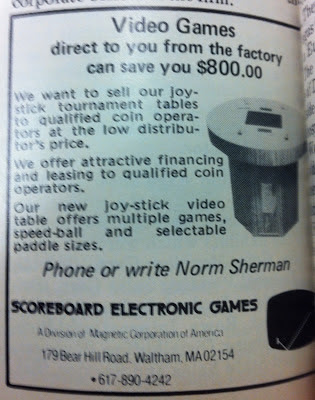 .
From the February, 1976 issue of Replay. Fascination, Ltd's Fascination 700 (this one is listed at arcade-history under Fascination but with no photo of this model). 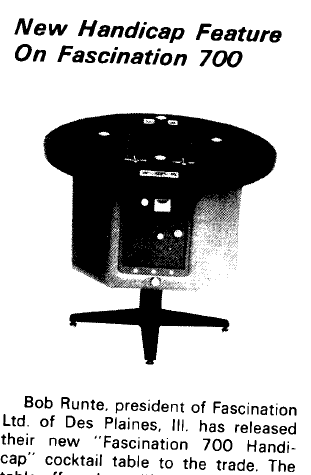 From the August, 1976 Play Meter. Gametech's Olympic 9. On arcade-history with no photo. 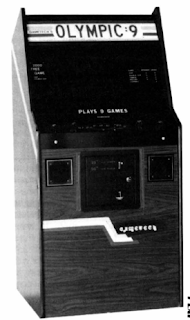 Finally, an announcement from the July 1976 issue of Replay. No photo, but I include it because the company (Can-Am) isn't even listed on any of the sites.