What was the oldest company to release a coin-op video game?


Let's do a top 10, starting with the youngest of the oldest (obligatory note: I am discovering  new information all the time and haven't tracked down founding dates for many of the companies who made video games so this list, like everything else on this blog, it tentative).

#10 Renee Pierre (founded 1952) - Renee Pierre was a French company that started in 1952 manufacturing table soccer (foosball) games. They went on to release several video games. Most of them seem to have been licensed versions of other company's games.
There were a lot of close contenders for the #10 spot. At #11 was Taito (1953) followed by Namco (1955).

#9 SEGA (1951?) - The founding date for SEGA depends on what you consider to be SEGA.  SEGA was a combination of two companies. Service Games was founded by Raymond Lemaire, Richard Stewart, and Marty Bromley in 1951 (Kent's The First Quarter gives a date of March 1952, but other sources say 1951). Rosen Enterprises was founded by David Rosen in 1954.Rosen Enterprises initially was an import/export company that also made small souvenir items but they soon added a line of two-minute Photomat booths. They got into the arcade game business in 1956.  In 1965 the two companies merged to form SEGA Ltd.

#8 Williams Electronics (1943) - Harry Williams was a coin-op legend. He started in the industry in 1929 and went on to an illustrious career that included inventing the first tilt device. In 1942 he and Lyn Durant left Exhibit Supply to form their own company, United Manufacturing.  After a dispute (according to legend over a girl) Williams left and formed Williams Manufacturing the next year.

#6 Bally Manufacturing (1931/32) - Bally was founded by Raymond Moloney in 1931 or 32. It had its roots in Lion Manufacturing and the Midwest Novelty Company (no room for that story here). In 1931, when Moloney was unable to find a company to supply him with enough copies of the latest Gottlieb hit pinball game Baffle Ball, he created a machine of his own and named it Ballyhoo after a humor magazine of the period. He also named his new company Bally. Ballyhoo lived up to its name, selling 50,000 copies.

#7 Chicago Coin (1931) - Chicago Coin started in 1931 when Sam Gensberg, Lou Koren, and Sam Wolberg founded the Chicago Coin Machine Exchange. In the ensuing decades they made just about every type of coin-op game under the sun and made a good number of video games before they went bankrupt and their assets were acquired by Stern.

#5 Gottlieb (1927) - Gottlieb was founded by David Gottlieb in 1927. Their first product was Husky Grip Gauge but what really put them on the map was 1931's Baffle Ball, which some consider the first modern pinball game. Like its successor Ballyhoo, Baffle Ball sold 50,000 copies.

#4 Rock-Ola (1926) - David Rockola moved to Chicago from Canada in 1920 to start a career in the slot machine industry. In 1926, he formed his own company called the Rockola Scale Company. Rockola entered the pinball market in 1932 with Juggle Ball but they were best known for their jukeboxes.

#3 Seeburg (1907) - You may be thinking that Seeburg doesn't really belong on the list and they're just here because they owned Williams in the 1970s. Not true. Seeburg actually did release at least one video game under its own name, Deluxe Baseball in 1973 or 74 (though it was licensed from Ramtek).  Seeburg was founded way back in 1907. Like Rock-Ola they were mostly known for jukeboxes, but they did make coin-op games (including the 1949 classic Shoot the Bear). 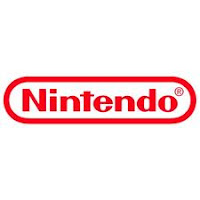 #2 Nintendo (1889) - THIS is the company you were thinking was #1, right? Well, so was I until I actually looked into it. Most know today that Nintendo was founded in 1889 to make hanafadu cards (or "flower" cards) and later became Japan's leading maker of playing cards. 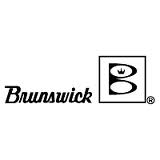 #1 Brunswick (1845) - Surprised? Brunswick was founded way back in 1845 by Swiss immigrant John Moses Brunswick to make carriages. Almost immediately, however, Brunswick turned instead to the one of the two product lines they'd become most associated with: billiards tables and equipment (the other line is, of course, bowling equipment). Over the years Brunswick made a wide variety of products, including one known video game: 1973's Astro Hockey (though TAFA has it being released in 1974). 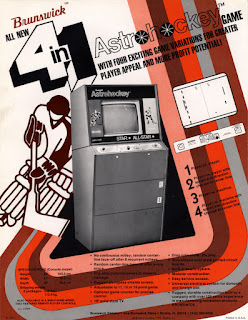